Lottery players in Michigan seemed to have cracked the code to winning every time. Sounds hard to believe right! This clip not only features players winning but even exposes the game that critics are calling “scamming the lottery”. Gambling on the internet seems to be the latest success, especially in the state of New Jersey passing the bill for online gambling in 2013.

In 2014 reports from the center for Gambling Studies at rutgers University that a total of 79,682 players wagered money on the Atlantic City casinos’ online platforms, representing just 28 percent of the total number of people who signed up for accounts, the report said.

Does this innovative system affect taxpayers? Lottery players in Michigan have discovered a way to play the lottery online so that they win every time they play. There has been countless evidence some players exposed this trick using a Keno game to turn a $100 of free bonus cash into almost $65 dollars of withdraw money.

Here’s the secret. An example would if a player deposits $200 into the lottery’s website as a first-time player and that player would automatically receive a one-time sign-up bonus of $100 using the “BONUS” offer. They would then begin to gamble the $300 on the game Fuzzball Keno. The player then must play 300 games of Fuzzball Keno with one ball (the same ball) at $1 a game. In this particular game, if the ball is selected during the game, the player receives double the money. If the ball doesn’t get selected, the player gets half the bet back.

Believe it or not the lottery seems to be completely fine with this. What’s the catch? No catch, just a specific game where the odds are always in your favor. In Michigan if any lottery prize of greater than $5000 the lottery is required to withhold an estimated 25 percent in federal taxes and 4.25 percent in state taxes. Also speculations surrounding the lottery winnings online in michigan have promoted the idea that you’re winning actual money but when players decide to cash out with there remaining balance, they are promoted to read disclosure that states “bonus games have no monetary value”. Well look no further because WZZM news investigates this new craze. 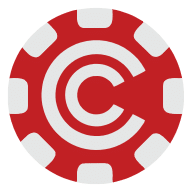 Install this Casino Coupons on your iPhone

and then Add to Home Screen

×
Enable Notifications    OK No thanks